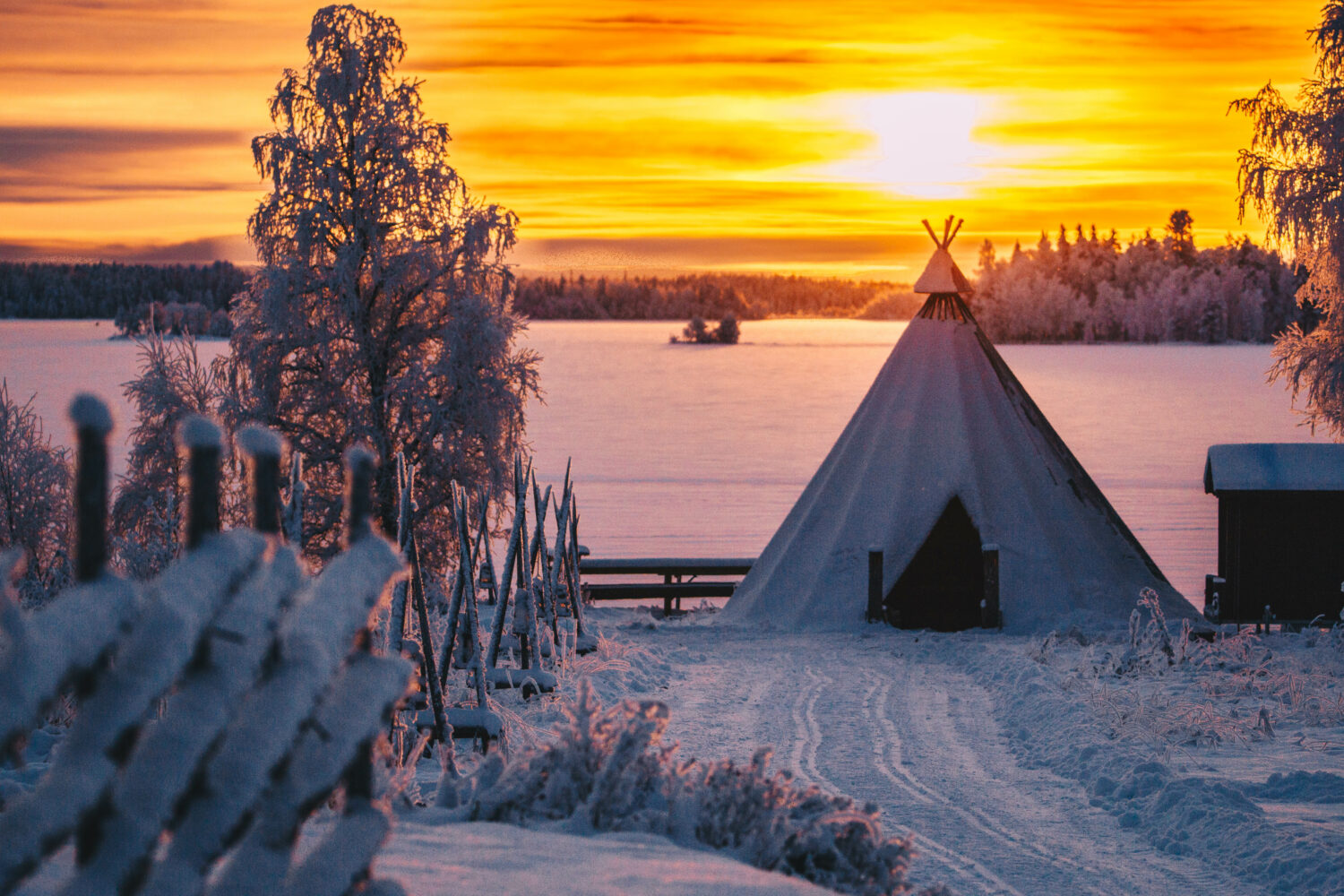 Lappish nature is in constant change. It’s said that the year consists of eight seasons here at the Arctic Circle. So there are more seasons than the normal spring, summer, autumn, and winter. Here’s a thorough article on the seasons with their special characteristics.

As August approaches its end, in a heartbeat the woods of Lapland have turned into treasure chests. From underneath the moss, the mushrooms take their very first peek at the big world surrounding them and the blueberries turn the forests into fields of blue carpets in Rovaniemi. The marshlands carry the weight of millions of chubby cloudberries – also known as the gold of Lapland – and as August makes way for September, lingonberries and cranberries soon follow the others in this parade of natural delicacies. The Finns have conquered the woods. With the Finnish public rights allowing anyone to pick the offerings of the forests, here and there in the woods of Rovaniemi one can spot buckets filled with berries and wooden baskets overflowing with mushrooms, all accompanied by random heads of Finns peeking from somewhere behind the branches. 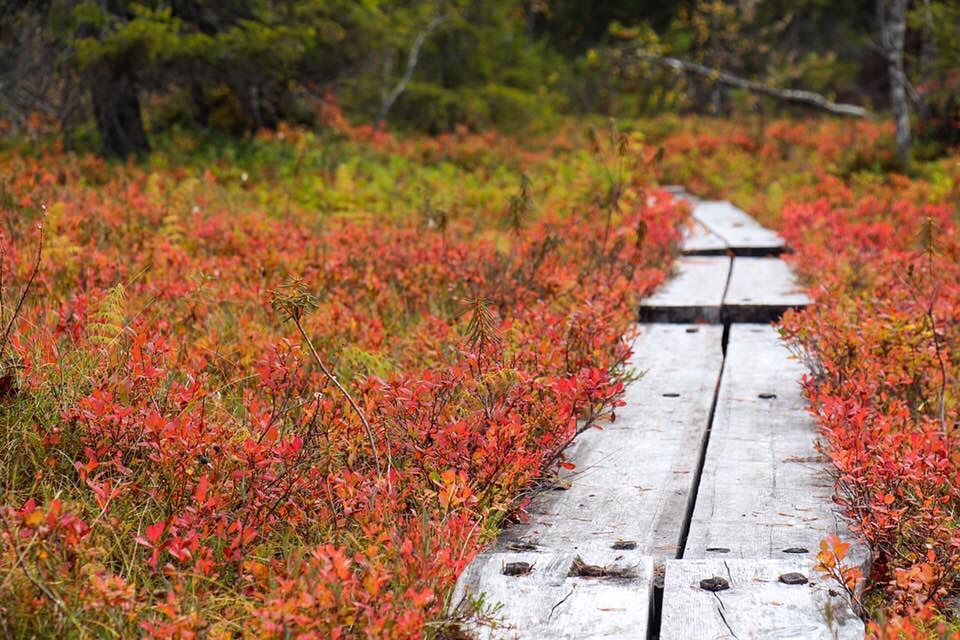 From Autumn Foliage to First Snow

As the days pass in September, the surrounding nature of Rovaniemi begins its preparations for the swiftly approaching winter. The leaves and the soil take a new costume, colouring the surroundings of Apukka with the most marvelous colours of deep red, yellow, orange and brown. The “Ruska” has arrived to Rovaniemi. With the reflections of these colours casted to all the open, blue waters of Lapland, autumn time paints the most exquisite surroundings around us.

As the weeks pass, one morning we wake up to find a fragile layer of frost covering the leaves, the surface of the lake and everything around us – nature has whispered its first promises of winter. Day by day, the duration of daylight wears down and the dark night skies provide a stage for the magical performance of the Northern Lights.

The Joy of Arctic Winter

By the beginning of December piles of pure, white snow has normally covered the plains of Lapland, turning the surroundings of Apukka Resort into a winter wonderland. The joy the first snow of the year brings is unmistakable as the merry expressions on the faces of the Finns skiing, snowshoeing, and tobogganing outside are spellbinding – without a doubt, there is magic in the time proceeding Christmas.

Almost every morning there is more snow outside than there was on the previous night and the world outside is suddenly quiet. Most of the birds have migrated to the south, ready to return when springtime reaches Lapland. Animals such as brown bears and badgers that spend their winters hibernating have found themselves a cozy corner from the woods, a place to keep them safe and warm until it’s time to wake up again. The moose move from the depths of the woods to young forests where moving is easier and food is more accessible. It is quiet outside, but if you pay attention you’ll soon notice that there is still life everywhere around you – the story is written on the surface of the snow in paw prints. In December Rovaniemi welcomes several weeks during which the sun does not rise above the horizon – a phenomenon is known as the Polar Night or in Finnish “Kaamos”. 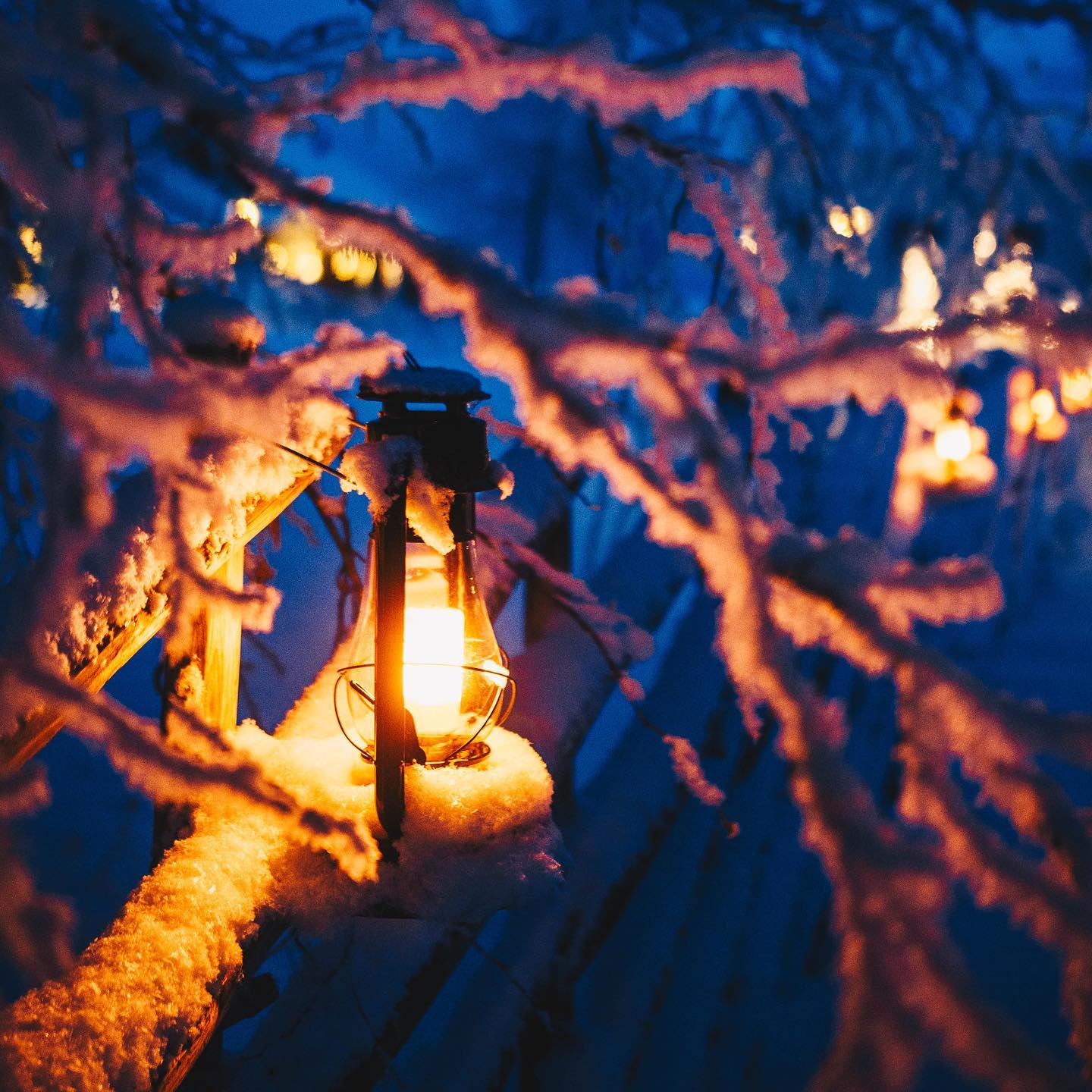 Farewell to the Polar Night

As Lapland welcomes the adventures of yet another new year and greets the silent beauty of January with open arms, the sky above us treats us with the most alluring colours. When the dawn of a new day is met in Rovaniemi in some of the coldest temperatures the Lappish winter knows, the colouring of the landscape outside is simply spectacular. The frosty surfaces are like from a fairytale, the ice flakes glittering on the surface of the snow like diamonds and even the sound of snow when stepped on insinuates hints of stepping into a whole different word. The pastel colours on sky make you feel like you’re in a soft cloud, floating in a dream. The combination of all this measures up with the greatest beauty ever seen, something beyond words can explain. You have to experience it yourself.

January and February offer a truly unique perspective to the true Arctic winters of Lapland. The animals of the North have developed fascinating methods to survive through these coldest months of the year – from the white camouflage worn by a hare to the snowshoe-like paws of a wolverine, the animals of the North have without a doubt adapted to the cold winters of Lapland.

The Return of the Sun

By mid-March, the Lappish nature suddenly starts to wake up from its fairytale-like sleep, the Finns alongside it. The amount of daylight in Rovaniemi grows rapidly as the days pass and by April you can without a question feel the heat of the sun against your skin. The birds are returning from their voyage in the southern warmth, their singing in the Lappish forests marking the approach of springtime.

For the Finns, this is the best time of the year. Warm days filled with sunshine, but yet freezingly cold nights that provide great possibilities to witness the Northern Lights on the night skies – a combination that creates a beautiful frozen surface on the snow cover, making it strong enough to hold the weight of a man.

The Finns pack their sleds and ski off into the wild where they’ll spend days ice-fishing and sunbathing, often returning from their trip more tanned than after a trip to Spain. Imagine a Finn ice fishing on a remote lake with no one in sight, surrounded by snow piles higher than 1 meter, wearing nothing but a T-shirt and shorts and happily sipping on the coffee from his thermos bottle whilst waiting for a bite. This is what we call life here in Lapland! 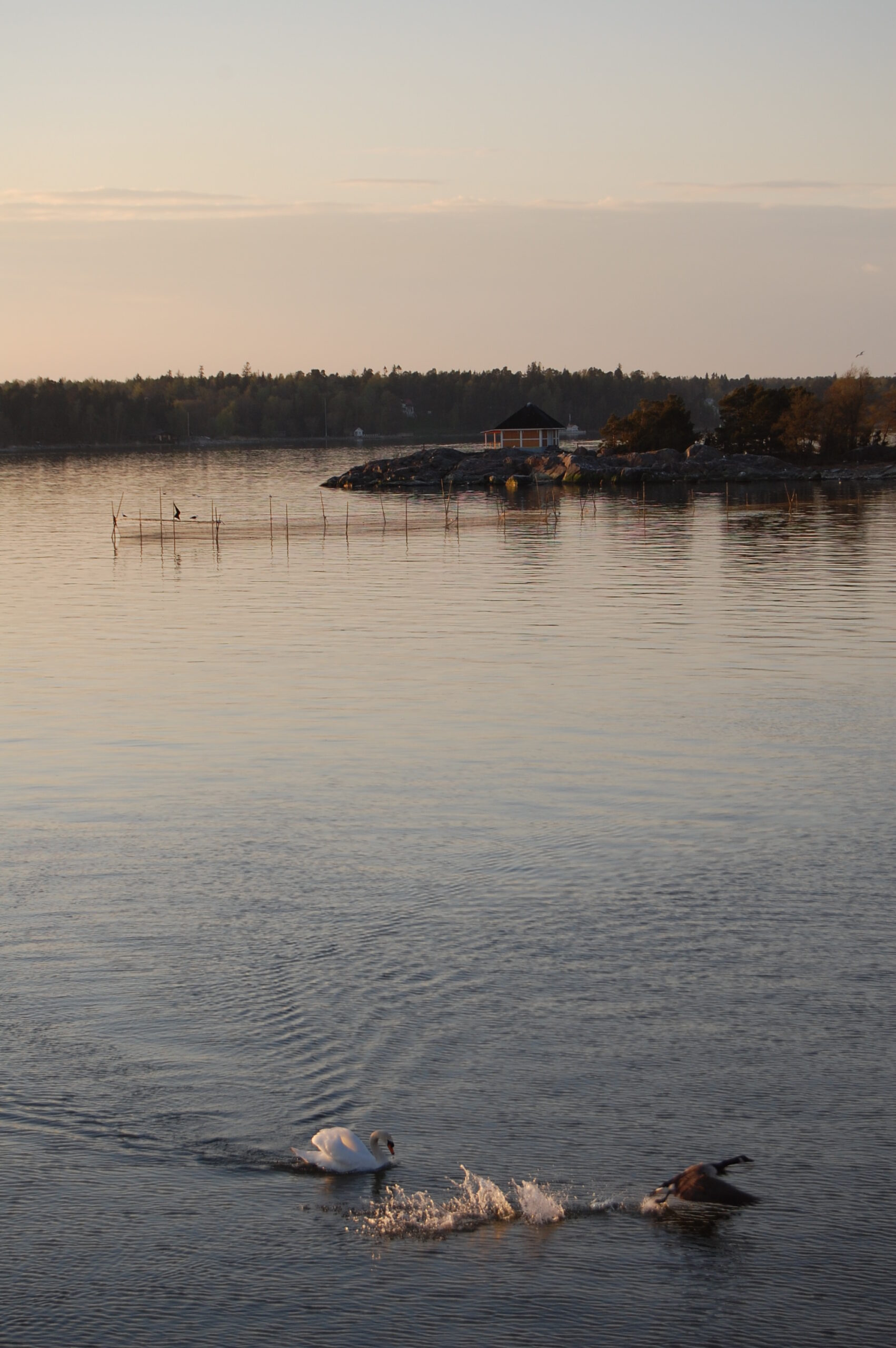 At the beginning of May, as if from a common decision, all aspects of Northern nature suddenly start to prepare for the arrival of summer. The layers of snow that have grown in Rovaniemi since early December start to melt, creating streams of ice-cold water that reveal the green moss peeking from under the snow.

The Arctic animals have woken up from their hibernation, some with newborn cubs. All the snow has melted in Rovaniemi in a matter of weeks and very soon after the Lappish nature begins to blossom. Different shades of green conquer the forests, birdsong fills the air and our senses are heightened by all the magnificent odors that the blossoming nature grants to us. Rovaniemi, that just a short time ago was a white winter wonderland has now turned into a parade of colours. Summer has arrived to Lapland.

The Lappish summer is full of light, late nights out in nature, and cultural festivities. During a certain time in the summer, the sun does not set below the horizon at all in Rovaniemi – a period of time called the Midnight Sun season in Lapland. Over the time of the white night, the Lappish wilderness bathes in a unique light throughout day and night, enabling people to explore the wonders of the Lappish nature without having to care about the time.

The days in Rovaniemi are warm and the Finns are enjoying the great outdoors in great numbers – after all, this is the time of the year the Finns are waiting for through the long winter of Lapland. One day, in particular, the fest of Midsummer awakens all the Finns from any hibernation they might still be experiencing after the long winter –  a day of the great outdoors, big bonfires, Finnish saunas, and good friends. Altogether, the summer of Lapland is full of warm-hearted events and festivals and a great opportunity to step inside the mindset of a Finn. 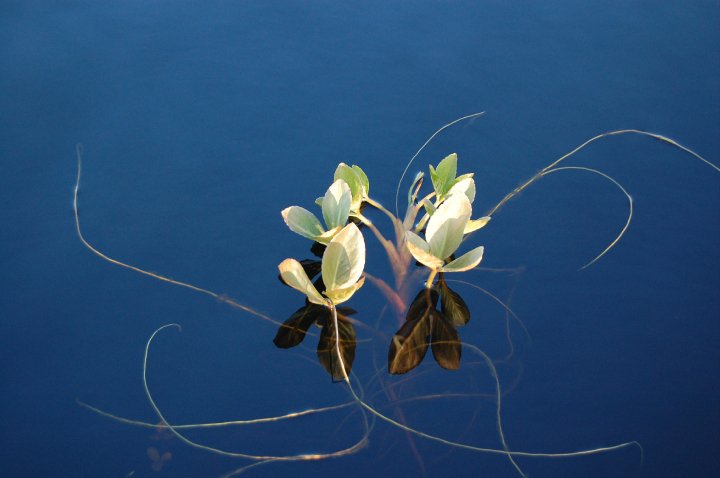 The Core of Finnish Summer

As the summer of Lapland reaches July, the nights are slowly getting darker in Rovaniemi. The surrounding nature has reached its full blossom and no matter where you look, you’ll see the Finnish summer in its stunning summer gown. The open waters across the country are whispering their calls for an adventure and the beautiful summer days send their tempting invitations, welcoming everyone to enjoy the great outdoors. Days are spent with family and friends throwing barbeque nights on the yard or turning outdoor cooking by a bonfire into gourmet meals.

By the beginning of August, the bonfires lit outside begin to bring light to the dark nights under the clear, starry skies of Rovaniemi. The stunning, almost intoxicating scent of a plant called Labrador Tea, coating the marshlands of Lapland, lingers in the air as both nature and the people of Finland are living their lives to the fullest.

To the front page

PLANNING A TRIP TO LAPLAND?

Whilst planning, let the land of snow and ice come to you. Be amongst the first to hear about our new innovations and to receive our special offers.

NEED A CAR FOR YOUR STAY?